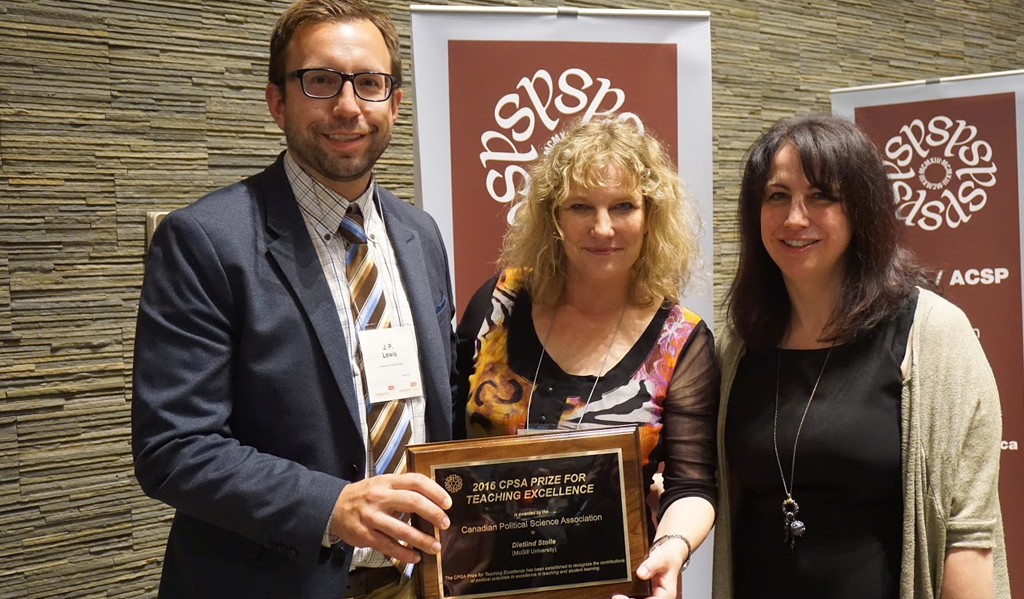 Excerpt from jury report: Dietlind Stolle’s teaching style has been described as imaginative, and even daring, by her colleagues and students. For example, she once invited a Montreal daycare to her class, where she had her students teach political concepts to 4 and 5 year olds (this was the daring part!). She successfully leverages new technologies in the classroom, such as using clickers in class to conduct live polls and to test hypotheses, increasing student engagement with course material. Both graduate and undergraduate students credit her with teaching them how to both research and teach and she is a recognized leader among her colleagues.