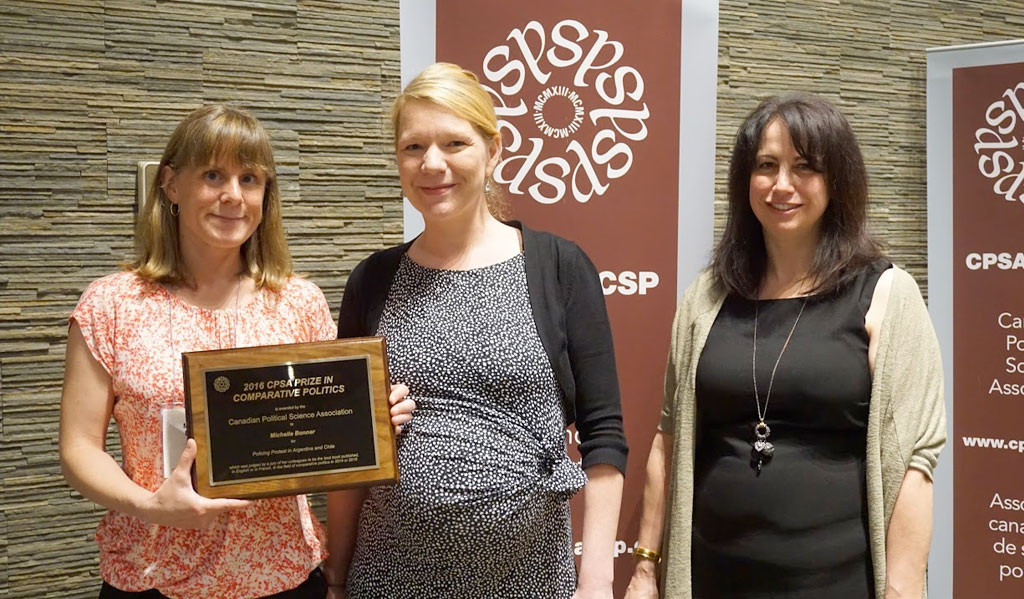 Excerpt from jury report: Michelle Bonner’s Policing Protest in Argentina and Chile tackles an increasingly relevant political phenomenon that characterizes societies across the globe, namely the policing of protest. It does so through the way in which politically relevant actors frame their discourse on what is acceptable or unacceptable in policing protest. The analysis is built around the tension that exists between democratic structures, which inherently include the right to protest, and the accountability of those who are responsible for policing protests. This is particularly interesting in the case of countries that have recently democratized, insofar as the repressive apparatus of the state had a peculiar position under the authoritarian system. The book examines the practices and discourses of policing protests in Argentina and Chile where the repressive apparatus is seen through very different experiences of it by citizens. The study shines a new and much needed light on the question of police reform and democratization, particularly when it comes to accountability. The book builds on an innovative theoretical framework and provides a significant amount of empirical evidence. It represents a great example of how comparative politics research should be carried out. Students of democratization, police practices, repressive discourses and accountability of the security apparatus in democracies will find in this book a powerful instrument of understanding as well as an inspiration for questioning how policing of protests is carried out today across the globe.