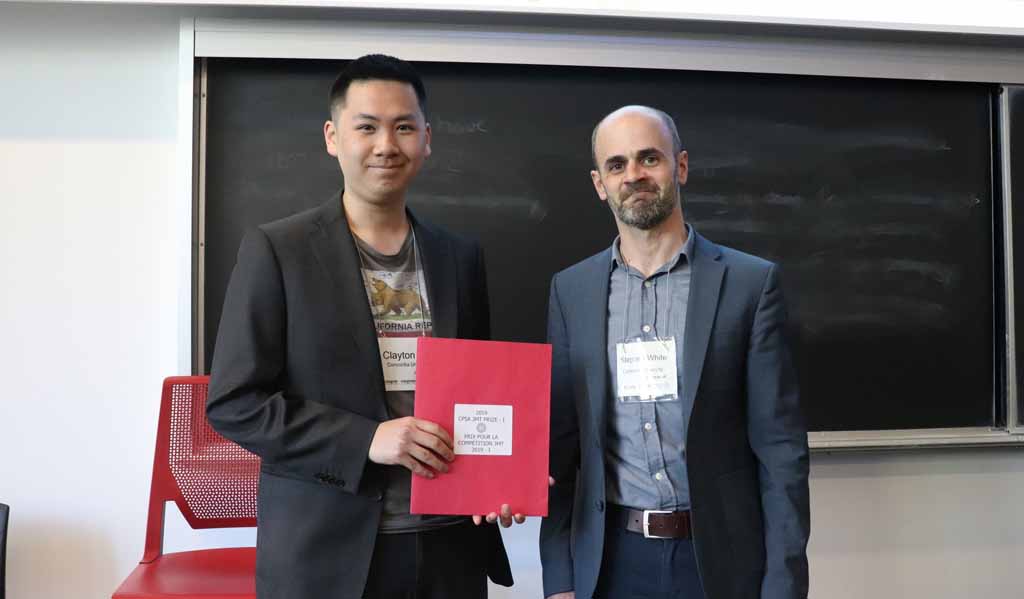 Excerpt from jury report: Abstract: Visible minority Canadians made up over 22 percent of Canadian society in 2016 (Statistics Canada 2016), yet we seem to know relatively little about their political attitudes. While previous works such as Blais (2005) have noted that Canadians of non-European descent do prefer the Liberal Party of Canada at the ballot box, we do not know precisely why this is the case, nor do we know if this trend is truly uniform across the vastly diverse ethnic/racial communities that are considered as “visible minorities.” Using data drawn from the 2014 Provincial Diversity Project which includes a sample of 1,647 visible minority Canadians living in Quebec, Ontario, British Columbia, and Alberta, this study proposes a detailed approach to studying visible minorities’ political preferences. Doing so, I account for key factors relevant to visible minorities such as length of residence, generational effects, and social conservatism. Moreover, I go beyond the visible minority category by also looking at the issue at an ethnic/racial level which allows the different immigrant communities’ unique political attitudes to surface. In this study, I specifically focus on Canada’s three largest visible minority communities (Blacks, Chinese, and South Asians) when studying visible minorities as distinct groups. In addition to assessing the influence of length of residence, social conservatism, and social networks, my findings indicate that while visible minorities do, as a whole, still identify most closely with the Liberals, this is very much not the case across all minority communities once we look at them separately.

Tweeting Past the Media: An Analysis of Image Management on Twitter During the 2018 Ontario Provincial Election

Hyper-connected Parents in a Highly Competitive and Regulated Education Market