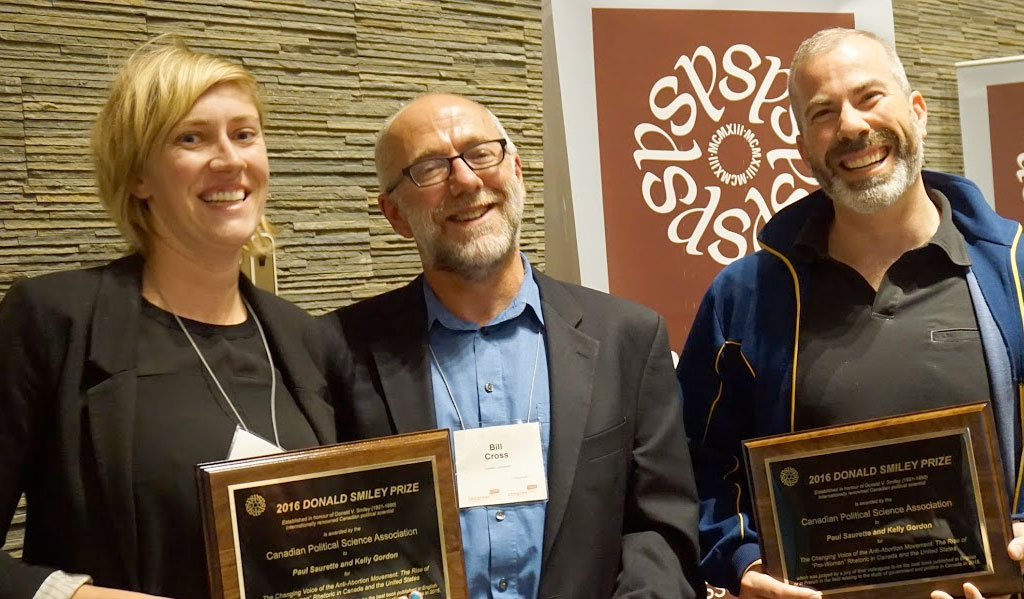 The Changing Voice of the Anti-Abortion Movement: The Rise of “Pro-Woman” Rhetoric in Canada and the United States. Toronto: University of Toronto Press, 2015

Excerpt from jury report: This study presents a masterful analysis of discursive shifts in the anti-abortion movement. Grounded in a rich historical account of abortion policy and politics encompassing both Canada and the United States, the book demonstrates that today’s anti-abortion movement, far from conforming to a standard view as anti-woman, religious, traditional and fetal-centric, has developed a sophisticated reframing of its arguments. A new “pro-woman” stance is central to the strategies of persuasion and communication used by the contemporary anti-abortion movement. Although it may be commonplace to talk about framing and the role of words in politics, the treatment of discourses as a key instrument of political strategy has seldom reached such thorough, comprehensive and compelling heights.