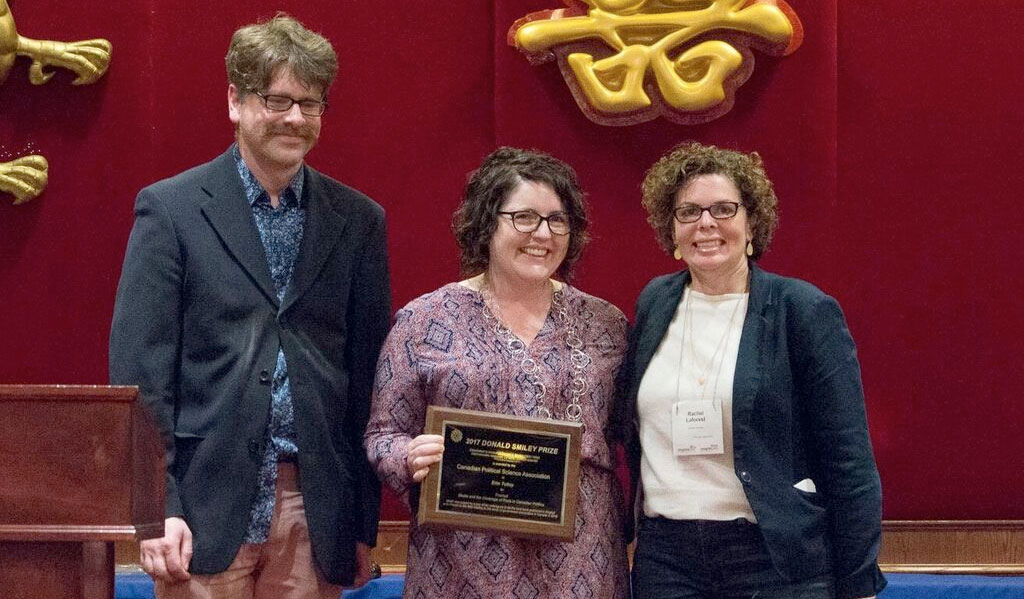 Framed: Media and the Coverage of Race in Canadian Politics. UBC 2016

Excerpt from jury report: Offering one of the first sustained studies of the ways in which race is represented in media coverage of Canadian politics, this book offers a much-needed and long overdue response to a significant void in the discipline of Canadian political science. Drawing on a wide range of rich empirical material and structured by a highly creative and rigorous multi-methods approach, the book clearly explains, operationalizes and systematically tests a variety of hypotheses derived from critical race perspectives. Examining the many ways that underlying assumptions about race and diversity deeply influence media coverage, Tolley’s book persuasively demonstrates (among other things) that visible minorities running for office are given less prominent and more negative treatment in the news – elements that function to significantly undermine their political viability (perhaps all the more so because these effects are often subtle and thus are frequently discounted by the media and public). Theoretical, methodologically and normatively insightful (the book also discusses some of the policy and political questions its findings raise), this is a book that will become a central reference point for political scientists studying racialized dynamics in Canadian politics.